In almost every sector, big established companies are under mounting pressure from challengers that have turned the business world on its head by ignoring the old rules and finding fresh new ways to connect with customers.

To survive, established companies must find ways to become more human in many ways — culturally and operationally. And nowhere is this truer than in the way they communicate.

When they’re not being too stuffy, established companies have a cringe-worthy track record of swinging too far the other way and adopting a false, chummy tone. It’s an approach that prompted the creation of @brandssayingbae, the Twitter account whose profile sarcastically says: ‘It’s cool when a corporation tweets like a teenager. It makes me want to buy the corporation’s products.’

When brands try too hard to be hip or resolutely stick to being square, they’re demonstrating a fundamental lack of authenticity — and nothing alienates people more quickly. In contrast, challenger brands frequently find ways to establish a meaningful conversation with their audience.

So how do companies walk this communication tightrope and strike the right tone? And what lessons can they learn from the challengers?

Challengers don’t always get communication right, of course. But they tend to spend a lot of time with their customers, which helps to build a better understanding of them. And because they’re brave enough to target just the people they really want to talk to, a more authentic conversation becomes possible.

Look at Yeti, makers of high-end coolers for people with a passion for the outdoors, such as hunters, hikers and campers. The brand’s founders, brothers Ryan and Roy Seiders, had a simple mission: to provide the kind of bomb-proof cooler that would keep things cold throughout one of their fishing trips.

They had no interest in attracting the affection of soccer moms in their 40s, but they did that anyway, because of the sheer quality of their products. They geared their communications squarely towards one audience — the one they knew already because it’s where they came from — and by doing so with such transparent authenticity, they attracted an entirely separate one.

Yeti levels of authenticity must extend within the company too. Outdoor gear and clothing brand REI shows how a brand can do this by truly living its purpose — articulated in its mission statement: ‘We inspire, educate and outfit for a lifetime of outdoor adventure and stewardship’.

REI very publicly walks the walk by donating to national conservation efforts, but it also extends its mission within the company by creating a workplace that encourages its employees to lead healthy lives full of activity and adventure.

Of course, REI gives its employees discounts on merchandise, but it also provides opportunities to spend time in the outdoors through company-sponsored events to build trails, clean beaches, and restore habitats, as well as giving employees paid time off to simply ‘go outside and get inspired’.

The first is to build a genuine relationship with your customer through meaningful dialogue. Big companies often know everything there is to know about how and when people buy and use their product but much less about why — and who those customers really are.

Of course, you can’t know everyone, but one answer to that is to target your core customer more, like Arby’s did. Just a few years ago, the chain was a bit of a joke. The food wasn’t known for being great, menus were scattered and confusing, and it had far too many discount schemes. So it wisely chose to go back to its roots and focus on a core group — people who really love meat — and started a meaningful conversation with them.

This gave its marketing campaigns much more focus on meaty sandwiches which, together with a more light-hearted tone of voice on social media, resulted in a transformation of the company’s fortunes. And all without changing any of its core products. Just last week, they unveiled a marketing campaign to troll the latest craze around meat replacement brands, like Impossible — the Arby’s Megatable.

The second lesson is about service versus selling. When you communicate with your customers and get to know them properly, like Arby’s did, you understand their needs better and can address those needs more directly. This is clearly more sustainable than dreaming up a new product to address a perceived revenue opportunity and then persuading customers to buy it.

The third lesson goes beyond communication to the very heart of your business. It is to never lose sight of who you are as a brand and to remain true to that brand personality. You don’t have to be everything to everyone. Poor communication is often symptomatic of a brand that’s lost its way.

It’s not easy to shift the culture of any company — and the bigger you are and the longer you’ve been established, the harder it is to change. But the challengers have rewritten the rules of the game in a fundamental and irreversible way. Doing nothing is not an option. The time to act is now. 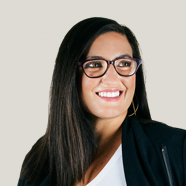 Senior Strategy Director
GET IN TOUCH

Reaching Mom When the World is Upside Down

How To Utilize Live Traction Within Your Creative Toolbox