Is success just about taking extreme risks or being the fastest to Market?

There are many differences between challenger brands and established incumbents, but one of the biggest is their attitude to risk.
Whether they offer online cosmetics, financial services or holiday accommodation, challengers are much more inclined than established companies to go with their gut and live with the consequences.

It’s a key part of a broader tendency to adopt a more human approach compared to big companies. And it’s evident in everything challengers do, from the way they launch products to the way they speak to customers and staff, from compensation to investor relations.

There’s an aversion to risk hard-wired into the DNA of virtually all big companies. They like consensus — across their leadership teams, throughout their workforces, and especially among their shareholders. In a big organization, consensus inevitably means compromise, which in turn means a reduced appetite for risk.

The more risks an established company takes, the more unpredictable it becomes and that’s never popular with shareholders. But comforting predictability often has a downside: a tendency to be slower to market, less appealing as a place to work, and less inspiring to customers. And all this makes big companies more vulnerable to challengers.

So, does this mean big companies should throw caution to the wind and adopt a start-up-style risk culture? Leaving to one side whether they could do this even if they wanted to, it doesn’t make sense. Start-ups must take risks to survive — they have neither the time nor the resources to adopt a big-company approach to risk mitigation. Given the cross-functional expertise and the R&D and logistical resources at their disposal, which sane big company boss would consciously choose to follow the path of high risk?

Perhaps it’s less about copying challengers and more about being inspired by them. Perhaps big company bosses might benefit from reading Adam Grant’s amazing book Originals, in which he argues that the most successful people don’t take extreme, uncontrolled risks. Instead, they take calculated risks, finding ways to balance stability and radicalness.

For a big company, that might mean being a fast follower: learning from pioneers and being ready to respond quickly, just like Microsoft did back in 2001 when it launched the Xbox. At a time when it seemed nothing could topple Sony’s all-conquering PlayStation, Microsoft took the risk of doubling the marketing budget for its new device, which duly became — and remains to this day — not just one of the most popular ways to play games, but also a major player when it comes to over-the-top (OTT) television and video streaming.

It also means nurturing a culture of curiosity, trail-blazing and collaboration. If big-company employees embrace these values and are measured by them, their attitude to risk will be less of an issue. One way to do this is to minimize the number of rules and processes, which helps to nurture a creative, individualistic approach that enables people to tackle problems from multiple angles and mindsets. Another is to embrace new processes like design thinking to retrain people to be calculated risk-takers. Even the US Military has caught on to the potential benefits, implementing what it calls Military Design Thinking (MDT) to create a culture of innovators and to better solve complex problems.

Nurturing this kind of collaborative culture can have a profound effect on any company. In his recent book, Unleashing the Innovators, How Mature Companies Find New Life With Startups, Jim Stengel argues: “Established companies that partner with startups, and successfully scale those lessons across their broad company culture, are winning at renewing themselves and reinvigorating innovation and growth.” He believes this is the corporate ‘fountain of youth’. He cites mature companies like General Mills, J&J, and P&G, that are redefining traditional methods of M&A, treating start-ups “as an agent of their own deep-channeled commitment to change, not just a portfolio company investment or an opportunity for technology transfer.” General Mills proved the success of this approach when it created 301 INC, a true venture arm that operates with an international committee of people and lives out its tagline, ‘the Emerging Brand Elevator’.

At Spicefire we love helping mature companies develop a more human approach. If you study human behavior, explore culture, and investigate the world with a more anthropological lens, you will naturally want to evolve, grow and change — that’s embracing risk naturally. The best ideas come from the everyday. It’s an approach that’s fueled the birth of countless start-ups, including Zipcar, the car-share pioneer that grew from an idea that co-founders Robin Chase and Antje Danielson came up with when dropping off their kids at the same kindergarten, to become the dominant player in its sector.

The mountain that must be climbed

Risk is a dirty word in some big companies. But changing that perception is something every one of them must come to terms with if they want to survive, however uncomfortable that may make them feel.

Wave after wave of challenger start-ups have profoundly changed the rules of the game in every sector, harnessing technology to offer solutions that are better, faster and more appealing. Doing nothing is not an option.

But maybe big companies don’t need to endure quite the tumultuous changes some of them fear so much. Maybe by learning some key lessons from the challengers and playing to their strengths they will find a path to a more secure, risk-friendlier future.

What big brand do you think has been the best fast follower to startup innovation? Reach out for a deeper discussion at maggie.parkhouse@spicefiregroup.com. 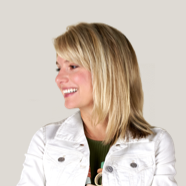