Branding in a Post-Demographic Age

Our strategic work brings together
people and brands.

As businesses start to adopt the idea of B2H (Business to Human) branding, we are seeking to understand the true external and internal factors that are driving human belief and value shifts.
Companies have always tried to label their markets based on demographics by using personas, design targets, inspirational segmentations, etc. This practice goes by many different titles, but one thing that has always been central are demographics grouped by age, gender, race, location, and income. These factors mean nothing to anyone under the age of 40. Demographics are dead, in the traditional sense. Human identities are increasingly becoming more nuanced, dimensional and harder to pinpoint. As people become more fluidly connected in a digitized world, we crave to express different facets of our personality that may seem disparate from each other on paper.
This may seem like a radical and possibly ageist remark, but Gen Y & Z are very clear that these factors that once weighed heavily on how governments and companies made decisions are no longer relevant. In today’s hyper-connected, digitized world people are seeking what connects them based on a niche set of values and beliefs–creating hyper-segmentation.
Humans innately want to connect with others. When humans connect and attach with each other the neurotransmitter dopamine fires, rewarding the brain with all the good feels.
Think about who you connected with this week. Are they the same age, gender and marriage status as you are? Probably not. You probably decided to spend your precious time with them because of some range of shared beliefs or values, not because of their statistics. This creates a new set of rules for marketers. Gone are the days of pushing sales-centric communication out to a generic group of consumers, we must take time to understand what is driving people and connect with them in a deeper, more emotional, more human level.
Persona creation often become a broad stroke of generic attitudes and beliefs so that we can apply ideas to a group of perspective consumers. This nets out as a boring, one-dimensional, non-realistic target, and in the end provokes an output that is average and unrelatable. Not one that actually moves people to take action. I am a white, millennial, female, mother based in the Midwest. But, that does not define me. I am also a redheaded, creative-seeking, treehouse-loving, future-obsessed, travel-hungry, hot sauce collector… this list goes on. If a brand figures out the nuances of what makes me tick as an individual, they have my heart, and therefore my wallet and advocacy.
I believe that developing value-based personas using the right, most relevant and dimensional information is imperative to ground brands and companies in the human that they are trying to start a relationship with. Here are a few tips and tricks to use in the persona development process to help dig deeper:
1. Look at Lovers & Haters: People connecting over both what they love and what they hate. Look to what connects us and what differentiates us. This is a moment when looking at “echo chambers” that occur online, social media specifically, might actually reveal something helpful to a brand.
2. Shifting Life Stages: Life stages are another way to identify shifts in individuals. For example, having a child creates a pivotal shift in values and personal identity. Other pivots like employment, illness, menstruation, menopause, etc. shift personal identities and the context in which people experience the world.
3. STEEP Factors as a Guide: Generational viewpoints are still valid–they identify a broader reaction to how groups of people are reacting to their environment. But in order to understand why generational groups have a fairly similar reaction to the world, look to the STEEP (social, technological, environmental, economic and political) factors that affect them during pivotal stages of cognitive development. For example, during some of Gen Z’s childhoods the first black president was voted into office, the Supreme Court passed marriage equality, they don’t know life without mobile, and most grew up as latch-key kids in a receding economy. So, this generation broadly is expected to be gender and racially fluid, digital-first, independent and financially conservative. Of course, there is much more to dig into, but it gives a snapshot of generational values and why they exist.
4. Influencers Are a Reflection of Identity: You are who you surround yourself with. No, I am not only talking about social media influencers. Look to all factors influencing the consumer’s decision-making pathway. Family, friends, other brands, social platforms and entertainment channels have influence over how people rationalize and contextualize the world around them.
5. Back Personas with Data: Test concepts and bring the results back to evolve your personas. Segmentation is not easy and obvious–it is based on beliefs and desires, and you have to get into their hearts and minds. Pairing data with personas pairs the heart (values, beliefs, emotions) with head (data, business) creating a bullet-proof, actionable persona that can drive your business decisions. There are a variety of conceptual testing platforms that receive human feedback in real-time, on a low budget. But the preferred way to test concepts is creating a scenario that drives people to take some type of action. Whether it’s a physical pop-up store, digital portal, or crowdfunded prototype, testing gives the ultimate clarity to a concept because it’s not about what consumers say, it’s how they act.
Try value-based personas. It might be a little uncomfortable at first, but your work will reap the rewards by reflecting the dynamic and meaningful uniqueness of humanity.

How To Utilize Live Traction Within Your Creative Toolbox 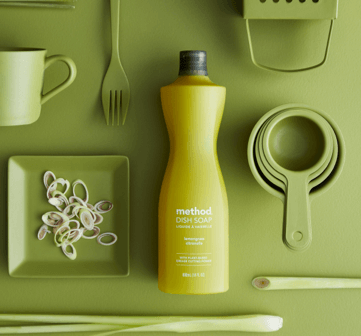 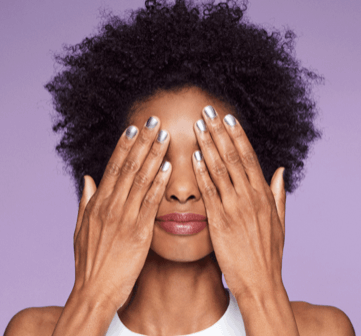 You’ve Got Me Feelin’ Emotions